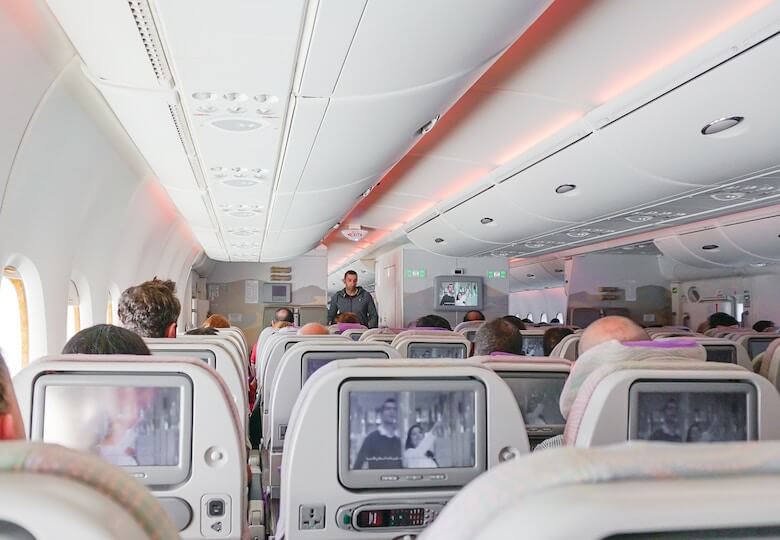 Pilots, too, sometimes have to go to the bathroom and when that happens, the purser (the manager of the stewardesses and stewards) enters the cockpit. The purser does not return until the pilot is back in his seat, all this to ensure safety.

Dimmed lights during take-off and landing

When the aircraft takes off or lands, the lights are often dimmed. This too has its reason: this way the passengers’ eyes can get used to the darkness. In the event of an emergency, people can clearly see the emergency exit.

Eating during the flight

During a long flight it is only logical that you are served food, but besides filling your stomach, it also has another reason. Eating food also provides ‘entertainment’. When people have something to eat, they feel that time passes faster.

Also read: 15 historical pictures that will give you the chills