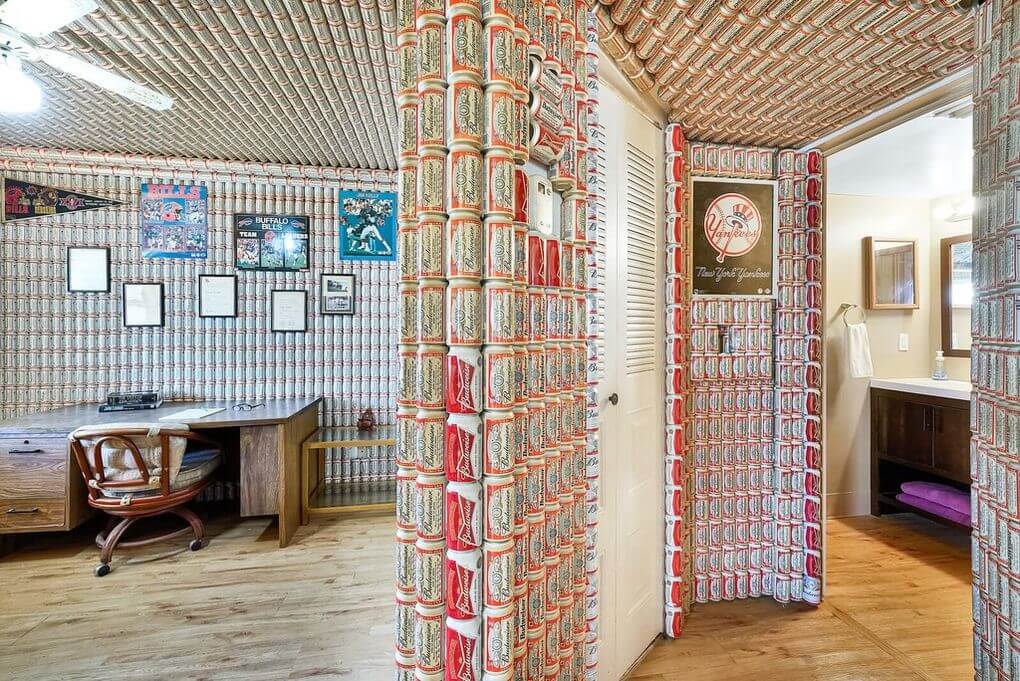 There is a very special house for sale in Florida.

People who were house-hunting were told the house was decorated in a strange way, but this was an understatement. All walls and ceilings were covered from top to bottom with beer cans.

From the outside, the house looks pretty normal, but when you look at the pictures, you won’t believe your eyes. Except for the bathrooms, all the rooms are covered with empty cans of Budweiser. The kitchen, dining room, living room and even the closet are completely covered. There are also all kinds of extra special decorations in the house, such as signs and posters.

The previous owner enjoyed a beer, and his favorite brand was Budweiser. He made it his life’s work to remodel his entire house according to this theme. Sadly, the man passed away, but his mission was accomplished later. All cans are stacked straight up, without dents. Quite an achievement for someone who must have been drunk quite often.

Want to see more of the house? Go to the next page.