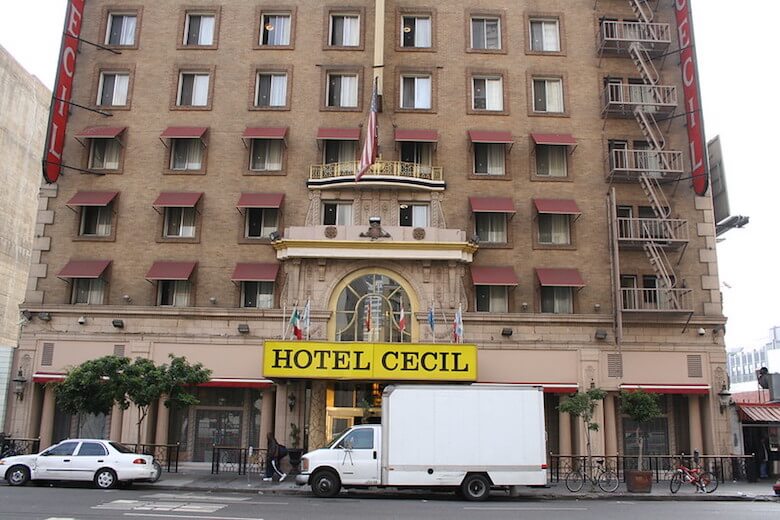 Is the Cecil Hotel in Los Angeles really haunted? It would appear so…

A mother throwing her newborn child out of the window, a corpse floating in a water tank and a murdered woman found completely mutilated. All these horrible incidents have one thing in common: they took place at the Cecil Hotel in Los Angeles.

In downtown Los Angeles, hidden among the busy streets, you can find the Cecil Hotel. A place where inexplicable and terrible incidents have been taking place since its opening in 1927. In an attempt to rebrand the hotel, the Cecil Hotel was renamed Stay on Main in 2011, but the place is still known for its macabre events.

The Cecil Hotel was built in 1924 by hotelier William Banks Tanner. It was envisioned as a chic hotel for international businessmen and socialites. However, the hotel did built a reputation because of its 700 Beaux-Arts-style rooms, but for several terrifying events. At least 16 different murders and suicides took place in the hotel. America’s most notorious murderers also stayed at the Cecil Hotel.

The first setback for Hanner was two years after the opening of the hotel in 1927. The hotel and its neighbourhood weren’t resistant to the 1930s’ crisis, also known as The Great Depression. The hotel’s neighbourhood was nicknamed Skid Row and was home to thousands of homeless people, drug addicts and alcoholics. Junkies and criminals found the hotel and from then on the hotel built its reputation as a haunted hotel.

Curious about the bizarre and terrible events that took place at the hotel? Continue reading on the next page.