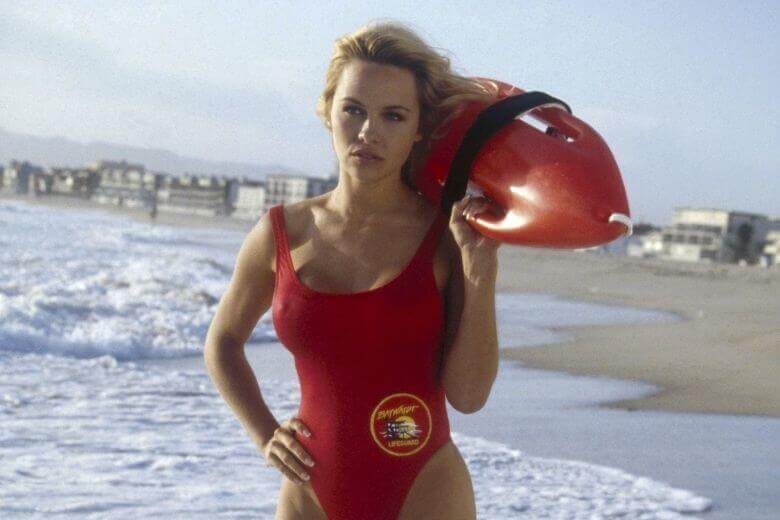 Does she still look good in a bathing suit?

Ever since she jogged on the beach in the 1990s wearing a red bathing suit, Pamela Anderson (52) has been on the go. She has every reason to do so, after five marriages. An ex said: “She took advantage of me.”

Basically, any woman who is almost 53 years of age would murder to look like Pamela. She has had some cosmetic help, such as a breast augmentation and some surgery on her face, but the iconic red swimsuit from Baywatch still fits, she said last summer.

Anyone on a date with Pamela will end up in a time machine that goes back to the 1990s. “I get into the shower with the bathing suit on, and then jump them somewhere in the house, soaking wet.” In addition to the many requests for a selfie with her, she is regularly asked to autograph a red bathing suit. She responds by saying, “Those are very big. Listen, my bathing suit was super small. You had to stretch it to pull it over your body.”

It was not without reason that she was in a relationship with Adil Rami, a young man 18 years her junior, until 2019. This was not just some guy who liked the glamorous life with someone like Pamela, but a footballer who played for major clubs like AC Milan, Sevilla, Valencia and Olympique Marseille. He also played 36 international matches for France. A footballer with this status usually has a lot of female attention, but he chose the more mature Pamela.

Read more on the next page.